“Weird” doesn’t even begin to describe the homes in this list. After all, all of these houses were designed according to the owner’s style and preference so it would be quite unfair to label them as weird. They are, nonetheless, very unique and were obviously created to stand out amidst a sea of identical looking dwellings. Check out this list of some of the weirdest homes in the world. 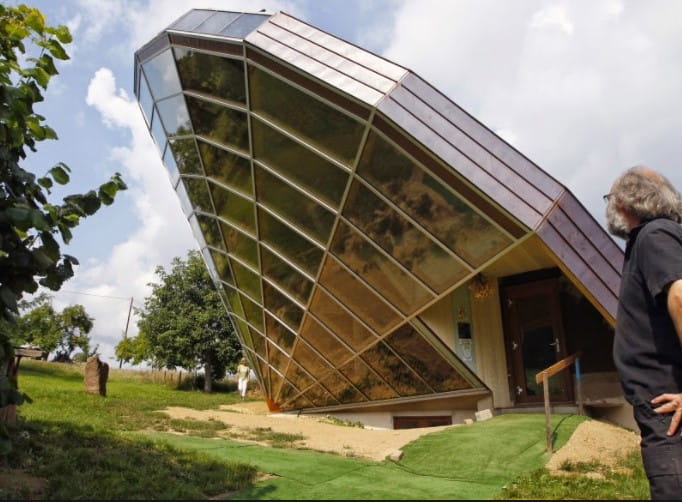 The Weirdest Houses In The World

The Pole House in Australia looks exactly as it is called — it sits atop a pole that overlooks the Great Ocean Road and manages to give you a very nice view of your surroundings in a unique way. This house was designed this way because of the steep slope. The designers at F2 Architecture had to deal with this issue in the best possible way: placing a platform on a pole and building a house on it! To connect the home to the hill, a narrow concrete bridge was built to connect it to the hillside.

From the outside the slide house in Japan looks like any other Japanese home. It is when you enter inside that you see a giant slide that goes around its perimeter from the 3rd floor to the 1st floor. The slide is wide enough for an adult to use and safe enough for children to enjoy as well. The interior of the home is far from looking juvenile but instead boasts a minimalist-modern design. The slide house wasn’t an easy task to build or design since the architects had to be precise about the angles of the slide.

Inspired by the sea and everything nautical was undoubtedly the reason behind this unusual home’s design. The house itself looks like a shell and while the shape is already out of this world, the designer, Javier Senosiain, made sure to make everything pop out. The walls feature a mosaic of colors that light up the interior beautifully when the sun is shining. You can just imagine the rainbow of colors bouncing off the walls as it illuminates the home. 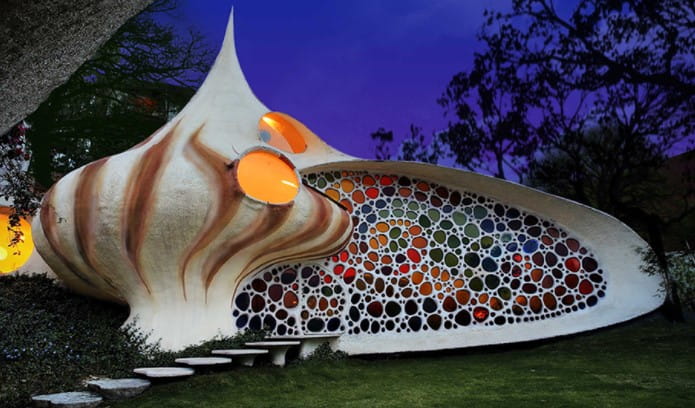 Dubbed as the world’s skinniest house since it is only 122 centimeters at its widest point, the Keret House in Warsaw, Poland is the brainchild of architect Jakub Szczesny. It is meant to signify the differences between the two buildings that flanked the Keret house and present both as representations of the ongoing changes the city has seen in the past decades. The house is totally livable and acts as a temporary home for writers. Though there are no windows in the Keret house, the white walls make it seem much wider than it looks and lessens the feeling of claustrophobia.

Do you want to live in a church? There might be something inviting about a place of worship for some people so if you are willing to set aside any qualms about doing absolutely anything inside a church then head over to the Netherlands where some churches have slowly been converted to modern homes. The most popular one is the Saint Jakobus Church which was built around 1870. It stopped being a church around 1991 and was an event place and showroom for some time. Zecc Architects proposed in 2007 to convert it into a home instead of the city demolishing it and its proposal was approved. This is an ingenious way to reuse pieces of architectural grandeur; instead of having them torn down, its conversion to useful buildings will help preserve the city’s historical buildings.